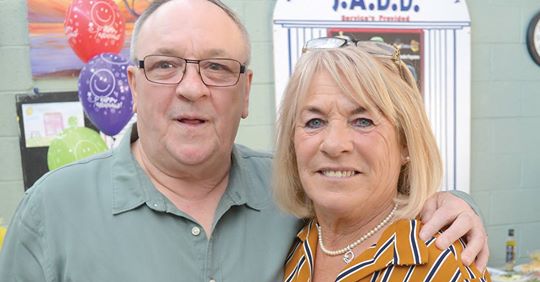 Tommy was the coordinator of JADD, while his wife Chrissie was a support worker for the charity.

Tom McManus, the chair of the Board of Directors of JADD, said that the retirement of Tommy and Chrissie was “an emotional day”.

Mr McManus described Tommy as “tenacious, persuasive, enthusiastic, optimistic and passionate”, and added that he has “left behind a tremendous legacy and is leaving JADD in good stead”, while he described Chrissie as “the mother of JADD” and a “caring and genuine person”.

“Over the last 22 years he’s been an advocate for a generation of people struggling with heroin addiction.

“There’s a whole generation of service users who have been affected by the impact Tommy and Chrissie have had on them.

To find out more about the work JADD carries out, you can visit their website at www.jadd.ie