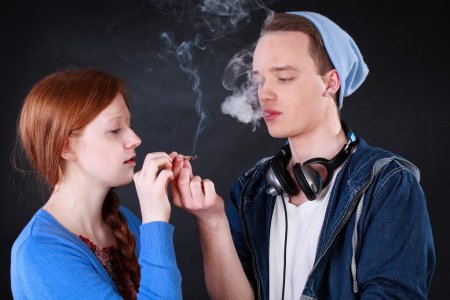 The number of child cannabis addicts has nearly doubled in Ireland as the drug has become more fashionable.

Addiction has soared among teenagers in Ireland in the past 10 years while cocaine accounts for only a small fraction of addiction cases.

Cannabis has turned into a billion-dollar industry in America where it is legal in numerous states – but one of Ireland’s leading child addiction experts, Dr Bobby Smyth, said the drug can have a dark side for young people.

In 2018, 621 teenagers between the ages of 14 and 17 received treatment in Ireland for addiction to cannabis – making up 85pc of the problem drugs for the adolescents.

While cocaine generates headlines, it accounted for only 5pc of cases of teenage addiction in 2018 or 39 cases, ecstasy accounted for 2pc, benzodiazepines account for 5pc and heroin had zero cases.

Cannabis is seen as much less harmful than hard drugs like heroin and cocaine but consultant child and adolescent psychiatrist at the HSE’s Adolescent Addiction Service, Dr Bobby Smyth, said it is by far the single biggest addictive drug for Irish children.

“We seem to have a blind spot for cannabis in society. Cocaine is nudging upwards but it’s well behind cannabis.”

While cannabis can increase the risk of psychosis among adolescents, it is most often a classic addiction issue.

“It consumes their lives. I knew many young people who get away with it but there is a significant minority who have their lives devastated by it.”

Marijuana normalisation has snowballed with US states including California legalising recreational use of cannabis.

Stars such as Snoop Dogg, Miley Cyrus and Willie Nelson are among the most famous advocates of smoking weed.

Dr Smyth believes positive messages around cannabis are driving the treatment rates for addiction to the drug, which have gone from 348 child cases in 2008 to 621 cases in 2018 in Ireland.

He said: “There is a really highly organised and sophisticated campaign driving the legalisation of cannabis agenda.

“The harms and risks are being lost. We need some counter messaging. A lot of young people are rather thoughtlessly walking in to using cannabis.

“Teenagers know it’s not good to be drinking from first thing in the morning to last thing at night. But they are smoking cannabis the way they smoke cigarettes and that’s a disaster.