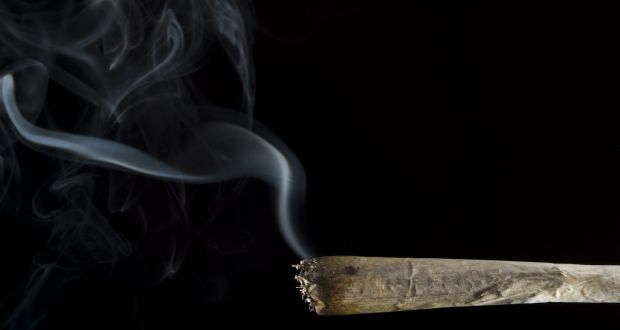 Modern variants ‘like taking an acid trip’, with spike in addiction and psychosis

The strength of Irish cannabis has more than doubled in the last decade leading to increasing numbers of young people seeking treatment for addiction and psychosis.

The strength of cannabis resin coming from Morocco has been increasing at a particularly fast rate in recent years compared with cannabis herb, according to a European-wide study published in the scientific journal Addiction.

Resin offers significantly more “value for money” for users as it contains far more of the active ingredient THC per euro’s worth, the study states.

It also contains much less CBD – a substance that mitigates the effects of THC – compared with previous years.

Data collected from 28 EU member states based on drug seizures show the average potency of resin has increased from 8.14 per cent THC content in 2006 to 17.22 per cent in 2016.

The potency of herbal cannabis increased from 5 per cent to 10.22 per cent in the same time frame.

The potency of herbal cannabis, particularly home-grown strains, has been a matter of significant concern for health and addiction workers in recent years because of its connection with severe mental health problems, including psychosis.

The latest research shows the increase in strength of resin has been more pronounced and that it is now a much stronger drug. The increase in its strength is a response by Morocco producers whose product has been squeezed out in recent years by home-grown herbal cannabis.

“Cannabis resin is now catching up significantly [on herb]. There have been real developments in the extraction of cannabis resin from the plant matter and this has increased the potency dramatically and significantly.

“It’s a response to domestic, European cannabis production. It’s a way for Moroccan producers to make in-roads in that market.”

Top spot
Mr Freeman pointed to research that shows that at a European level, for the first time, cannabis use is now the primary reason for people entering drug treatment.

In 2016, 27 per cent of those in drug treatment were there because of cannabis use, second only to those seeking treatment for heroin addiction (40 per cent).

“We are getting more and more young people with psychosis and all sorts of stuff related to cannabis use,” said David Marsh, a drug treatment worker with Coolmine in Dublin.

One young man being treated for severe psychosis because of cannabis use said smoking the new stronger strains “is like taking an acid trip”, Mr Marsh said.

“Some lads in the hostel the other day were saying between the four of them they smoked one joint and they were completely gone. Now that’s unheard of. These lads would smoke joints all day long.”